Pierre Aubameyang is a 27 year old Gabonese player of Borussia Dortmund who has been taking the Bundesliga by storm after scoring 28 goals in 30 league appearances. 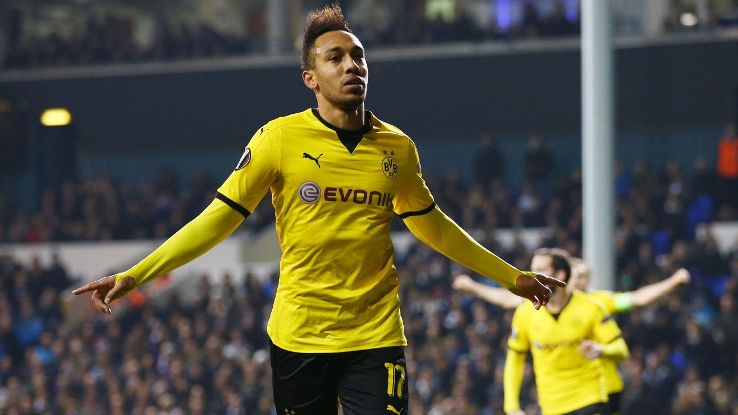 During the previous season of 2015-16, Pierre Aubameyang was also very efficient when it came to scoring goals as the French born Gabonese player found the back of the net on 25 occasions in 30 Bundesliga appearances.

It´s because of all these impressive performances that Aubameyang has been displaying for the past few seasons that he has been attracting the attention of various top European clubs including: Ac.Milan, Arsenal, Paris Saint-Germain, Real Madrid, Chelsea and Manchester City.

The contract of Pierre Aubameyang sees him remaining with Borussia Dortmund at least until 2020 but there has been a significantly large amount of rumors emerging claiming that Pierre could be making a move to another club in a few months when the summer transfer window opens up on July 1 of 2017.

Aubameyang has stated on various occasions that he wants a new challenge and it might tempt him join a club that can compete and make a genuine charge in the UEFA Champions League.

If this is indeed true and Aubameyang is eager for something new, for a bigger obstacle then making a move to either Real Madrid or PSG are his best options as those are clubs that have a realistic chance of winning the prestigious European competition while other teams such as: Ac.Milan and Arsenal has a much more difficult road in order to qualify and realistic chance of emerging as the champions of Europe.

When it comes to spending money, PSG and Real Madrid also have the edge as they have consistently been splashing out large sums of cash in order to sign their desired football targets.