There are reports that Chelsea could get Borussia Dortmund striker Pierre-Emerick Aubemeyang for £70 million this summer. 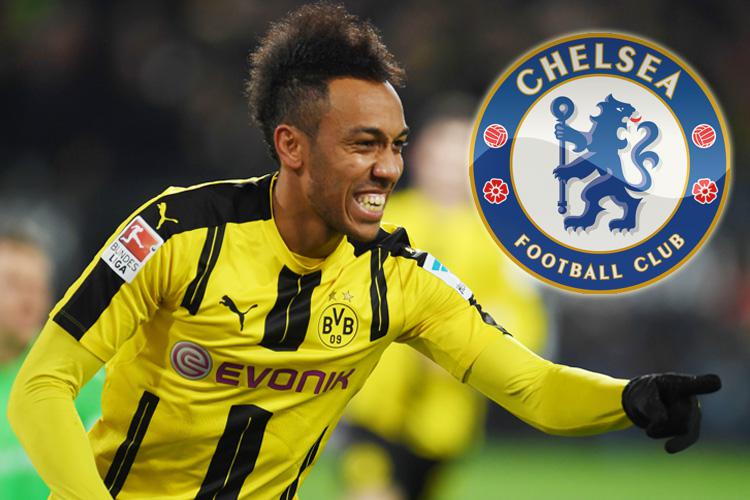 Chelsea are desperately in need of a top striker as Diego Costa is set to exit the club following his altercation with Coach Antonio Conte last term.

The Premier League champions require a proven goalscorer as they are set to compete in continental tournament aside defending their league title. There are other domestic commitments as well.

The Blues have been linked with a move for Real Madrid forward Alvaro Morata and Torino striker Andrea Belotti. However, after losing RomeluLukaku to a stealth move by rivals Manchester United, Conte is keen on acquiring a proven player.

While the three options are decent, it seems Aubameyang would provide a better fit. The Gabon international pipped Bayern Munich striker Robert Lewandowski to the top scorer award in the German Bundesliga last term. He scored 31 goals for Dortmund to earn the tag. In the top leagues in Europe, only five time Ballon d’Or winner Lionel Messi bettered his tally in the league.

In the 2015/16 season, Aubameyang scored 39 goals and then scored 40 goals total last term. His consistent league performance cannot be questioned. He has always scored more goals than a previous season in his four year stay in Germany. The player has averaged 30 goals per year since he joined Dortmund. The player is big, strong and very quick. He is very good at punishing slow defences and can be very instrumental in counter attacks.

Like Costa who scored in crucial games, Aubameyang can ply that route as well. He can come through in big games and still has three years to deliver at the highest level since he is 28. Chelsea might be concerned about the age-to-price factor but there is no doubt about his proven contributions, compared to the other options.